Few have dared to voyage across an ocean by kayak. Dave Shively’s new book recounts Ed Gillet’s 1987 odyssey from California to Maui as the boldest voyage of all. Shivley may be right. Had Gillett missed his mark, he would have remained alone in a kayak somewhere in middle of the world’s largest ocean: a prospect that almost became a reality as Gillet’s voyage entered its final days.

That literal “hit-or-miss” ending makes the story a page-turner; but there is so much more to the book - and Gillet’s adventure - that makes The Pacific Alone a worthwhile read.

An unsavory experience with some locals while kayaking the Ecuador coast prompted Gillet to plan an ocean voyage that would take him far from other people: crossing the Pacific Ocean from California to Hawaii seemed like the ticket. 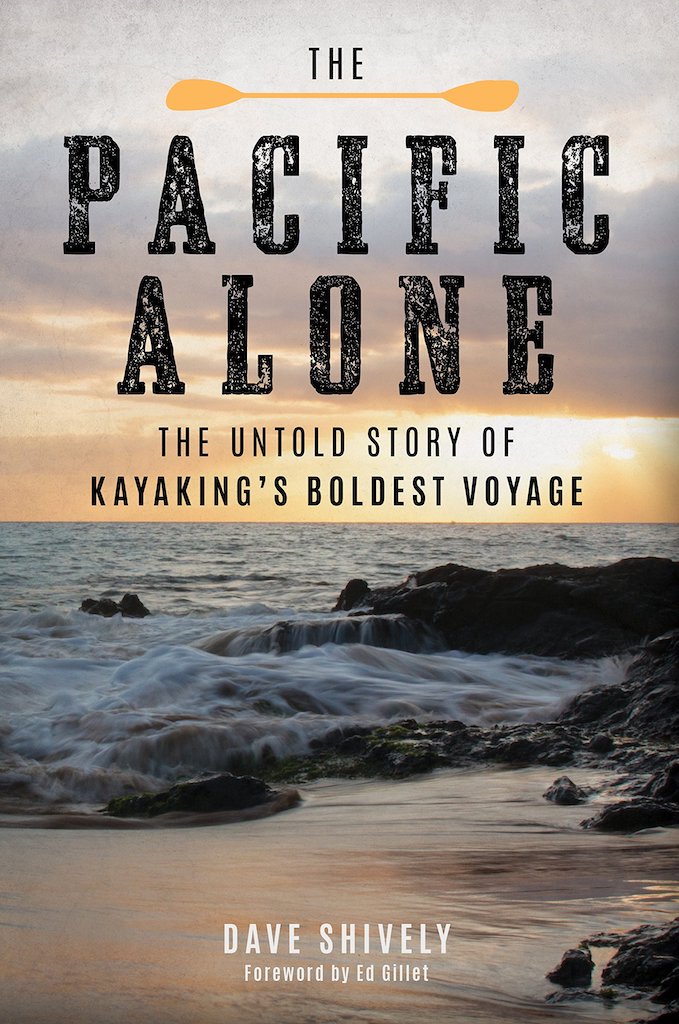 For his voyage, Gillet first needed to find an affordable craft that was up to the task. A 20-foot Necky Tofino would be outfitted with his expedition supplies of 600 pounds of food, water, and equipment. His choice of craft provides a window into the nascent, 1980s world of West Coast sea kayaking, when Necky was in its infancy. In the decades that followed, the company became a mainstay in American sea kayaking.

Much of the book describes the day-to-day challenges of Gillet’s remarkable voyage, beginning with his route planning, which required him to start far enough north along the California coastline to catch the optimal currents and trade winds for his crossing. We follow Gillet as he sets out: battling the California Current, enduring days without sun, an ad-hoc attempt to repair a broken rudder early in the journey, and overcoming an overwhelming desire to simply quit. After those initial ordeals, Gillet enters his stride with unquestionable grit, willing himself forward despite abject solitude, stalled progress, and rapidly depleting rations.

Perhaps most fascinating aspect of this book is the study of Gillet himself. While it may be easy to dismiss his venture as pure madness, Shively provides a fascinating description of a man who was “out there”, but far from crazy. Gillet was no neophyte. He had considerable oceangoing experience, earned from years of sailing and from kayak expeditioning thousands of miles.

Although some of Gillet’s preparations seem oddly last minute, we gain an appreciation of just how well suited he was for this voyage: physically, intellectually, and emotionally. Shively notes that others have tried to replicate Gillet’s success, but to date no one has succeeded. The odyssey, and the individual who completed it, are truly unique.

I think he [Thoreau] got it half right; it’s "In wilderness is the preservation of the self."

The final intrigue is Gillet’s own nonchalance over what he achieved. His apparent casualness echoes amongst many solo adventurers. Readers who would never contemplate kayaking from California to Hawaii will nonetheless appreciate this narrative about the person who both considered and achieved such a goal.

Excerpted from a review by Humphrey Johnson.

Video: an episode of the Johnny Carson Show with Ed Gillet.